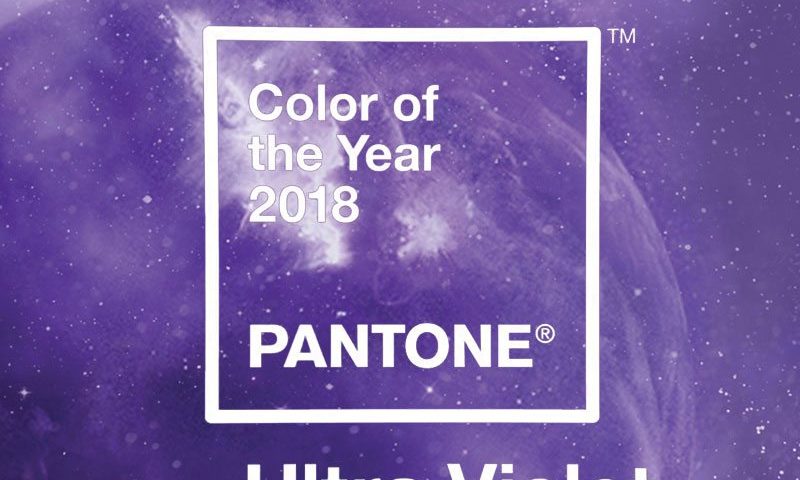 The Pantone Color Institute has announced the 2018 color of the year...and it's going to be "reigning" purple. 2018 will have a cosmic hue, the final color in the rainbow spectrum - Ultra Violet. Leatrice Eiseman, executive director of the Pantone Color Institute, explains the choice, “We are living in a time that requires inventiveness and imagination. It is this kind of creative inspiration that is indigenous to…a blue-based purple that takes our awareness and potential to a higher level. From exploring new technologies and the greater galaxy, to artistic expression and spiritual reflection, intuitive Ultra Violet lights the way to what is yet to come.” Hmmm, seems like a lot symbolism to cram into one color. But then, violet/purple, inspired great icons like Prince, Jimi Hendrix, and a giant plush dinosaur. Cinematic queen, Elizabeth Taylor, may have not achieved her legendary status (or as many husbands) if not for the unusual violet pigmentation of her eyes.

Purple has long been associated with royalty, spirituality, and mystery. Thousands of centuries before Christ, the only way to achieve the color violet, was the long and difficult process of extracting the glandular juices of a sea snail (found only along the coast of what is now modern day Lebanon) and exposing the fluids to sunlight until the desired shade appeared. It was called Tyrian Purple, and was very expensive; only kings, queens, emperors, and holy higher-ups could afford to dress themselves in Tyrian-dyed fabric. During the Elizabethan era, Queen Elizabeth I actually created a law forbidding anyone but her and close relatives to wear purple, to preserve and distinguish their royal status. (Think, Mean Girls movie where, “On Wednesdays we wear pink!”). In the mid-1800’s, purple finally became accessible to lower classes by accident, when a young English chemist, William Henry Perkin, created a synthetic purple while trying to extract compounds from the malaria drug, quinine. He patented the dye and made a fortune.

Get ready to see shades of purple everywhere, from spring clothing lines to a sudden demand for Eggplants at the grocery store (Aubergine if you are fancy). For my part, I will probably stick with Ultra Violet accessories to avoid looking like an aforementioned dinosaur, and eggplant is not a food texture I enjoy. Luckily for my yard, it is easy nowadays to incorporate this trendy color into the landscape. There are many plants with violet-colored blooms such as ‘Multi-Blue’ Clematis, Miss Kim Lilac, English Lavender, Walkers Low Catmint, False Blue Indigo, Rozanne Geranium, native Shreve’s Iris, and of course, the eponymous perennial, Violet. We carry a shady groundcover, Purple Labrador Violet that also has cool purplish leaves, a great way to bring a bit of the cosmos underfoot!