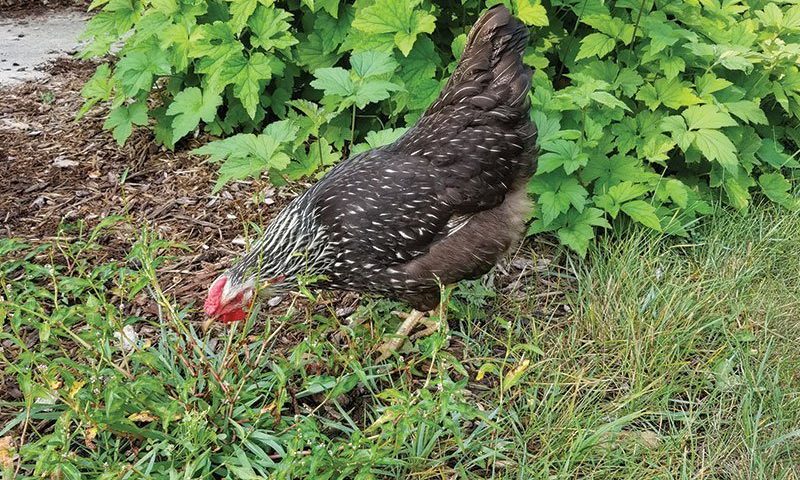 This is Effie. Effie is a chicken. She belongs to a boy named Ethan, whose mom works at Johnson’s Nursery, and they often share Effie’s eggs with the staff. But besides laying delicious, organic, protein-rich eggs, Effie and her friends provide another service for her human family. Since deciding to raise chickens, they have noticed a huge difference in the Japanese Beetles population in their yard. Turns out, chickens love to eat Japanese Beetles, a voracious species of insect with few natural predators in the United States.

More and more subdivisions and municipalities are allowing home owners to keep chickens in their yards (just not the noisy male roosters). Chickens prefer to have room to run, sun themselves, and roll in the dirt, so larger, fenced in yards are best. But if you have a smaller yard in the city, coops with a small fenced run can also be used. Chickens will eat weed seedlings, garden and kitchen scraps, and they may even prove to be useful for combatting the newest garden pest- Jumping Worms. For more information on raising chickens, check out the sites below:

Raising Chickens 101: How To Get Started

Chicken Keeping in the City of Milwaukee