Fall Blooming Plants for the Pollinators 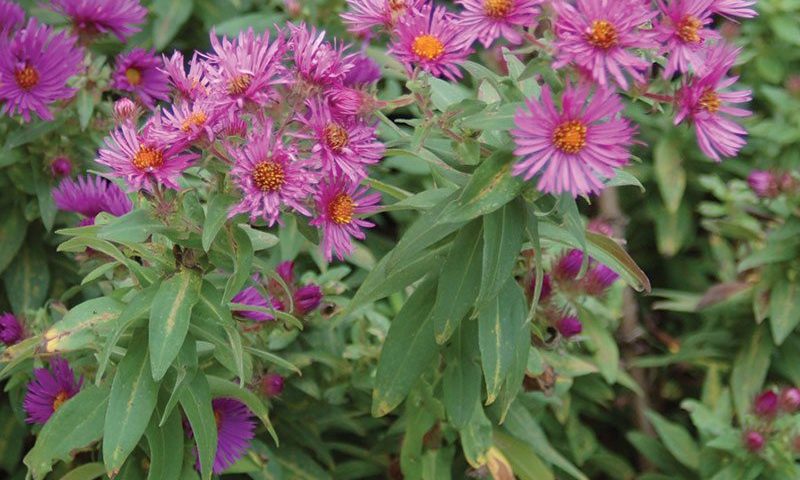 Fall Blooming Plants for the Pollinators

Using fall blooming plants in the landscape will give insects an extra boost for late-season and winter. For the last few years, a lot of attention has been paid to the fact that certain insect populations are being threatened. The once ubiquitous Monarch Butterfly has been consistently declining in numbers and now the news is abuzz (pardon the pun) over the Honeybee (Apis mellifera). Though not native, the honeybee has become an important part of our ecosystem. However, native bees are now being threatened as well. The U.S. Fish and Wildlife Service just added 7 types of yellow-faced bees found in Hawaii to the endangered species list. In Wisconsin, the rusty-patched bumblebee already has that distinction. Once extremely common, the rusty-patched bumblebee population has been reduced by 90% in the last two decades, due to habitat loss, insecticide use, and climate change. The UW-Madison Arboretum discovered the rusty-patched bumble in 2010 and has since made efforts to preserve its habitat and encourage it to thrive.

If loss of habitat and rampant pesticide use goes unchecked, we will most certainly see more native pollinators (whether bees, butterflies, beetles, etc) declining to the same fate. It is estimated that 1/3 out of all fruits and vegetables that we consume is owed to the work of pollinators. One out of every three bites! So what can we do to help? Glad you asked. Use fall blooming plants in your landscape!

Fall has once again arrived and as the dipping temperatures have us reaching for warm drink to ward off the morning chill, your local pollinators still need sustenance beyond pumpkin spice lattes. By including fall blooming plants in the yard for your local bugs and butterflies you will help them make the transition to winter and offset habitat loss. One usually thinks of leaves in the landscape this time of year, but below is a list of fall blooming plants with bloom times that stretch into October to brighten your yard and support your pollinators.