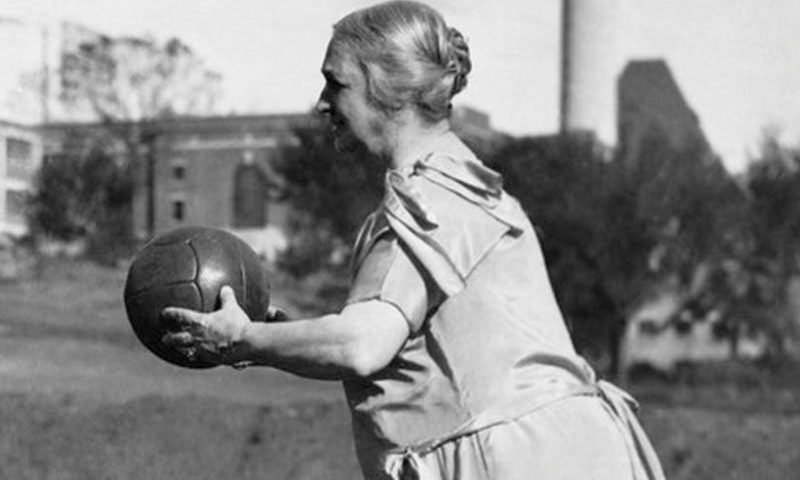 Did you know that peach baskets play a key role in the history of basketball?

Credit for invention of the game is given to a Canadian, Dr. James Naismith. The concept was inspired by a child’s game he played as a boy called “duck-on-a-rock”. There is a rock. On top of that rock is another rock, called the “duck”. You throw a rock at the duck. Hopefully your rock hits the duck. Duck falls off rock.

In 1891, James was the athletic director for a YMCA in Springfield, Massachusetts. He needed a sport the boys could play indoors, during the winter, one that involved skill, not just strength. There was also need of a sport to fill the void between football and baseball seasons. Dr. Naismith created a game with 13 rules, a soccer ball, and two peach baskets nailed above the gymnasium balcony. The ball was tossed from one player to another, the goal being, get the ball in your team’s basket. You couldn’t run with the ball, but dribbling wasn’t introduced until 1897, when Yale University figured out there wasn’t a rule banning that strategy.

In 1893, the Narragansett Machine Company replaced the peach baskets when they started manufacturing iron baskets with a net to catch the ball and a chain at the bottom to help retrieve it. Backboards were introduced in 1895, not to assist the shooters, but to keep the audience from interfering with the trajectory of the ball. In 1906, someone finally got wise and the bottom of the net was cut for the ball to fall through, but this change wasn’t adopted for general use until 1912. Seems like a long time for teams to figure out an easier way to the ball back.

Too bad peaches aren’t at their peak during basketball season. A fresh, homemade peach pie would be a delicious way to celebrate your team’s victory, while paying homage to the heritage of the sport. Or maybe sip a glass of Cold Duck. On the rocks.

Sources
The Evolution of Professional Basketball
History of Basketball