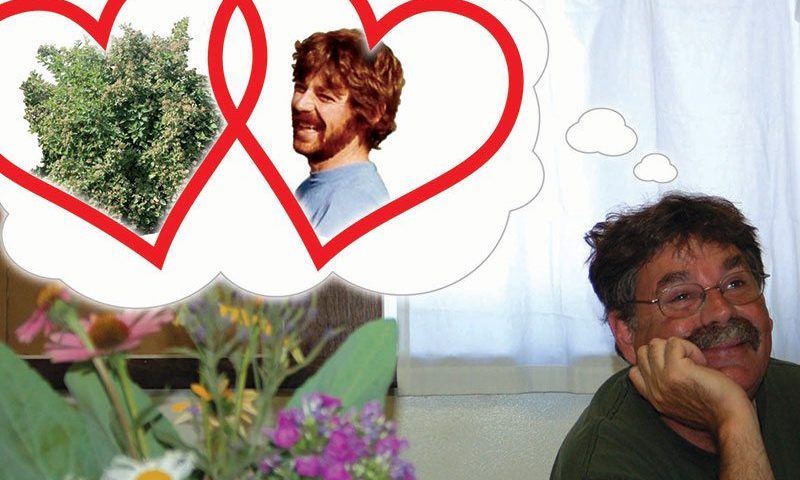 When I was going to school back in the 70’s, Physocarpus opulifolius — Common Ninebark was considered by many to be a pedestrian plant. It was thought of as ordinary or somewhat wild looking. It was viewed in a similar light as Zabel’s Honeysuckle (Lonicera tatarica ‘Zabelii’), which is now banned in about 30 states, not because it is ugly, but because it’s invasive—though it is pretty ugly. Anyway, the point I’m trying to make is ninebark really didn’t rate very high as a landscape plant years ago. I have never agreed with that viewpoint. I think it is a fine plant with some outstanding characteristics, considerable beauty and a toughness that is admirable.

As a 21 year old intern at Trautman’s Nursery in Franksville, WI, I remember seeing Ninebark, naturalize in the hedgerows. I was astounded by their beauty! The one to two inch diameter papery, fruit clusters were an orange-red color in early July. They were absolutely gorgeous! Yeah, that was 1977—the summer of love! Of course, everything was beautiful!!! Oh, no no, no, that’s not right! 1967 was the summer of love. I’m 10 years off! Well, ‘77 truly was the summer of love for me anyway, Physocarpus love that is. Those plants were just incredible!

When I got back to school that fall, I told nearly all of my horticulture friends about the beauty of the ninebark. It was sad. Practically nobody believed me. You would have thought I was trying to convince them that skunks smell good. They weren’t buying my story. It seemed like everyone thought that ninebark was ugly.

I moved on to other plants but never forgot the beauty of the ninebarks I had seen in that summer of ‘77. Ninebarks are large shrubs that grow to about 10’ tall and wide. They get their common name from the fact that the bark that sheds in reddish-brown strips. The birds like to use the bark strips for building nests in the spring. The myth is that these shrubs have nine layers of bark. Believe what you may.

Common Ninebark has a vase shaped form that can resemble a Bridalwreath Spirea (Spiraea x vanhouttei), especially when its weeping branchlets are coated with clusters of creamy white flowers in mid-spring. In fall, I have seen individuals with foliage that turns a nice rusty, orange color. I’ve seen others turn maroon, though most are an unimpressive yellow.

Physocarpus opulifoius is native to Wisconsin and can be found growing in some inhospitable places. Last summer, I saw it growing in a floating bog along with pitcher plants up near Portage, Wisconsin. This population had very pubescent leaves and pink fruit capsules. Years ago, I saw it growing out of cracks in rocks along the shores of Lake Superior in one of the toughest growing environments I could imagine. I’ve also seen them in old field situations in Southeast Wisconsin growing in heavy clay and thriving. The plant is tough.

In the late 1990’s, the view of ninebarks as a pedestrian plant for landscaping changed. Monrovia Nursery introduced Physocarpus opulifolius ‘Monlo’ PP11,211, Diabolo® Ninebark–the first purple leaved ninebark ever in the marketplace. They introduced the selection in 1999 from a plant found in 1968 at Kordes Nursery near Hamburg, Germany. It was found in a field of 120,000 seedlings. I guess there were others who really liked Physocarpus opulifolius, even back then!

This shrub soon replaced the once popular Purple Leaf Sand Cherry, Prunus x cistena, as the most popular purple leafed, large shrub for Midwestern gardens. Its dark purple foliage sets off white flower clusters in late spring in such a way that it is almost irresistible to gardeners. In fall, the foliage turns a combination of red, purple and orange. It can be quite showy. Diabolo® has purple fruit capsules that fade to tan as they age. Diabolo® or ‘Diablo’ as most people incorrectly say, is a large plant, getting to about 10’ tall and wide in 10 years from a cutting. The plant was so impressive in the early 2000’s that it won the Pennsylvania Horticultural Society Gold Medal Award in 2002 and the Royal Horticultural Society Award of Garden Merit in the same year.

‘Center Glow’ Ninebark is a hybrid plant that’s the result of a cross between Diabolo® and ‘Dart’s Gold’, a gold foliaged form, made by Harold Pellet at the Landscape Plant Development Center in Mound, Minnesota. This cultivar, introduced in 2006, has tints of red, orange and gold in the new foliage as it emerges. It’s quite striking. As the leaves age, they turn a reddish-purple that is a bit brighter than the black-purple color of mature Diabolo® foliage. Center Glow is a full scale ninebark that can get to 8-10’ tall and 6-8’ wide. It has a somewhat fountain-like form and a slightly tidier habit than Diabolo®. Its flowers have pink buds that open to white followed by bright, red fruit clusters. Fall color is a mix of red, maroon, and orange.

Summer Wine® is another outstanding plant that comes from the Diabolo® lineage. It is a cross between Diabolo® and Physocarpus op. ‘Nanus’. The cultivar ‘Nanus’ contributes it’s somewhat smaller stature into Summer Wine® making it a 6-8’ by 6-8’ plant. Its leaves are slightly smaller than Diabolo®. Summer Wine® has a more compact habit than Diabolo®, but retains the same foliage color characteristics. I really like the mature Bridalwreath – like form of Summer Wine®.

Little Devil™ Ninebark is compact selection from Bailey Nurseries First Editions® program. Dr. David Zlesak, a horticulture professor at the University of Wisconsin — River Falls is the man who did the breeding work. Little Devil™, like Summer Wine®, has Diabolo® and Physocarpus op. ‘Nanus’ in its parentage. It is the smallest in stature of the purple-leafed ninebarks that we carry. It will grow to 3-5’ tall by 3-5’ wide, forming a round, mound as it ages. The plant has little leaves, about half the size of those of Center Glow or Diabolo®. The foliage is reddish–purple but is not as dark as the other purple ninebarks. The small leaves give it a beautiful fine textured look. The flower clusters, which are described as button-like in Bailey’s catalog, make the plant downright cute—a cute little devil! I love the name! Little Devil’s cultivar name is ‘Donna May’, which refers to David Zlesak’s mother. Her favorite color is purple. She can certainly be proud of her son for developing such a fine plant.

Ninebarks are relatively disease free except for some powdery mildew organisms that have been increasingly infecting them in our area. Podosphaera aphanis var. physocarpi (syn. Sphaerotheca aphanis var. physocarpi), specific only to Physocarpus, seems to be the worst and the generalist powdery mildews Phyllactinia guttata and Podosphaera macularis (syn. Sphaerotheca humuli and S. macularis) have been problematic as well. The mildews will cover portions of the plants with a coating of white that looks like flocking used on Christmas trees. It will sometimes cause witches brooming on the plants as well. My recommendation for control – if you see this disease – is to cut off the infected areas and dispose of it away from your ninebark plants. I noticed on a planting that we have at the nursery that the new infections were occurring around the old witches brooms which had not been removed. There are differing susceptibilities to the mildews by the various cultivars. Summer Wine® and Little Devil™ have good resistance while Diabolo®, Center Glow, and the straight species are susceptible.

When planting Ninebarks it is best to site them in full sun with good air movement to avoid mildew problems. Renewal pruning is the best way to maintain them. Remove a third or less of the oldest canes each spring before growth commences. Ninebarks can also be cut to the ground each spring if you desire. This allows you to have all fresh lush wood each year. It is a way to control size on the larger growing forms.

Whichever way you want to grow your ninebark, if you are like me, you’ll find them to be excellent landscape plants. I’m hoping you’ll fall for them just like I did back in ‘77. Make this summer your summer of Physocarpus love!