Soils & Stones Beneath Your Feet 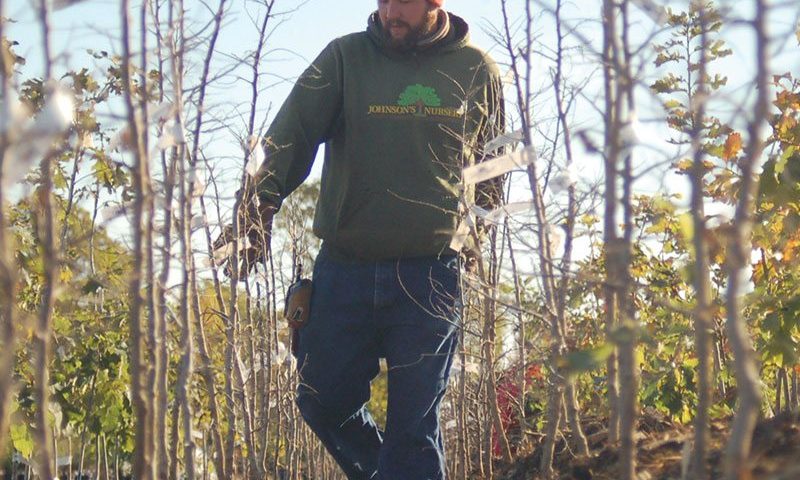 Soils & Stones Beneath Your Feet

Southeast Wisconsin’s “dirty” history (get it? DIRT?!?) begins many millions of years ago with an ancient warm sea that covered much of North America. In this sea, lived tiny organisms and other sea life for untold generations. Over the eons, life and death left untold billions of tiny little lives layered on the sea floor. Their tiny, calcium and mineral rich bodies stacking up and compressing into Limestone. Other marine life existed in this time as well – such as relatives of the modern clam and squid – as well as an extinct animal known as the trilobite – which is now Wisconsin’s state fossil.

Flash forward a couple million years and you can hardly recognize the place. As the limestone sea floor wears away, some of that old sea-bed ends up in the air. Giant plates of stone are moving and shifting to create the terrain known as the Niagara escarpment. It generally runs east/west in an astounding arc right through the great lakes region from New York through Ontario, Michigan, and ending in southeastern Wisconsin.

Limestone is composed mostly of lime which is a favorite of farmers in acidic regions. It raises the pH of the soil – which is beneficial for most agricultural crops. There are places in Wisconsin where the industrial mining of lime was commonplace – and there are names to prove it – such as Lime Kiln road and places to visit – like High-Cliff State Park’s lime kiln. Since much of southeast Wisconsin’s soil parent material was limestone – our soils tends to be more towards the alkaline side which can be a challenge for gardeners who want to plant popular plants from other regions in our local soils.

Plants requiring an acidic soil – such as Red Maple, Rhododendron, Azalea, Blueberries, Hemlock, Swamp White Oak and Red Pine – have a rough time in many areas in southeast Wisconsin. Their roots just aren’t adapted to the specific soils of our region.

It just so happens that our nursery sits on top of the Niagara escarpment, and many of our soils are fairly alkaline in nature, so we can have issues growing those problem plants commercially. Generally, we don’t grow many plants that have problems in our soils because we don’t want to pass those problems onto our customers. We try to warn folks that those great big blue hydrangea flowers will not be staying blue without some assistance in the form of chemical intervention. Or, that they won’t be happy with a red maple (Acer rubrum) so maybe they’d like to try a the Native hybrid maple (Acer x freemanii ‘Ed Gartner’) which looks a lot like a red, but stays green and healthy in our soil types. And yes, that stunning bright purple rhododendron looks great in the pot – but it’s not likely to last for more than a few years unless you’ve got a sweet spot for it, or do some modifying to the ground it’s going into.

A great way to see what’s good for your area is to look around at the success and failure of your neighbors. If they grew a Hemlock big and beautiful, it’s likely you have a good chance. If you’ve never seen one over 20′ tall in your county – odds are you’ll have an issue. Have you ever seen a nice rhododendron, or a big blue hydrangea doing well around you? Either way – there’s likely a reason that applies to you and your dirt.