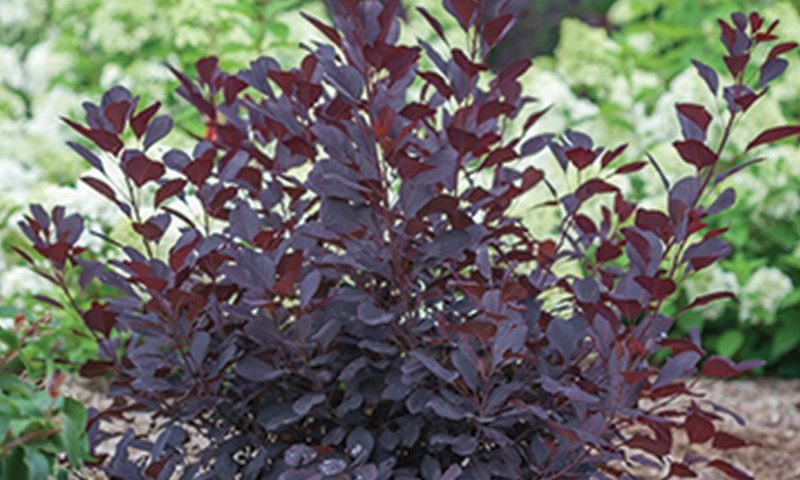 In spring, the round leaves of Winecraft Black® Smokebush emerge rich purple, turning a deep near-black tone as summer progresses. In early summer, large, soft panicles of bloom appear that become the misty “smoke” that makes this such a popular landscape plant. As temperatures cool in fall, the leaves turn an array of reds and oranges, giving this plant year-round interest!

Winecraft Black® Smokebush has a smaller habit than Royal Purple Smokebush, making it a great choice where space is limited. This shrub is adaptable to many soils but will fail in sites where soils are compacted and poorly drained. Plant as an accent on southern exposures when near structures, or as a low hedge.

Winecraft Black® Smokebush is not a significant source of habitat or food to our native pollinators and wildlife.

Winecraft Black® Smokebush should not require heavy pruning due to its compact habit, but if pruning is necessary it should be done in spring. This shrub flowers on new wood so there’s no need to worry about cutting off flower buds when pruning early or late in the season.

If the foliage is the primary interest of the shrub, it can be pruned to the ground in spring to keep the habit small and tidy. This will reduce the flowers and smoky seed heads the species is known for. If the flowering and seed heads are your primary goal with Winecraft Black® Smokebush, then you should conduct rejuvenation pruning as necessary in spring to keep the shrub balanced.

Winecraft Black® Smokebush has no major insect or disease issues. Occasionally, this plant can be attacked by leaf rollers and scale. Verticillium Wilt and rusts may also be an issue if the plant is already stressed. To avoid these issues, keep your shrub healthy by watering and applying mulch as necessary.

Winecraft Black® Smokebush is a new cultivar from Proven Winners, selected for its more compact habit and deeper foliage.

The wood of C. coggygria was once used to make yellow dye.

The Latin name, Cotinus, is from the Greek word kotinos, meaning olive, which makes sense, because the branching and habit of a mature Smokebush (or Smoketree) definitely shares similarities to olive trees of the Mediterranean. Genetically, Smokebush is a cousin of Sumacs (Rhus) and cashews. Smokebush is native to China and has been used ornamentally in the landscape since the 1600’s, but its popularity spiked during the Victorian era when they were brought into public gardens. Gardening itself, (that is, gardening not solely for the purpose of filling the larder) became quite fashionable during the reign of Queen Victoria. Science and technology took a leap forward and more diverse plant stock became available. The emergence of a new “middle class” meant that suddenly a larger portion of the population had more money and more leisure time to devote to the yard. A wonderful example of Victoriana gardening can be found right here in the Milwaukee area at the Kneeland-Walker House. The impressive mansion is owned by the Wauwatosa Historical Society and the grounds are lovingly cared for by Master Gardener volunteers, using appropriate plants for the time period. 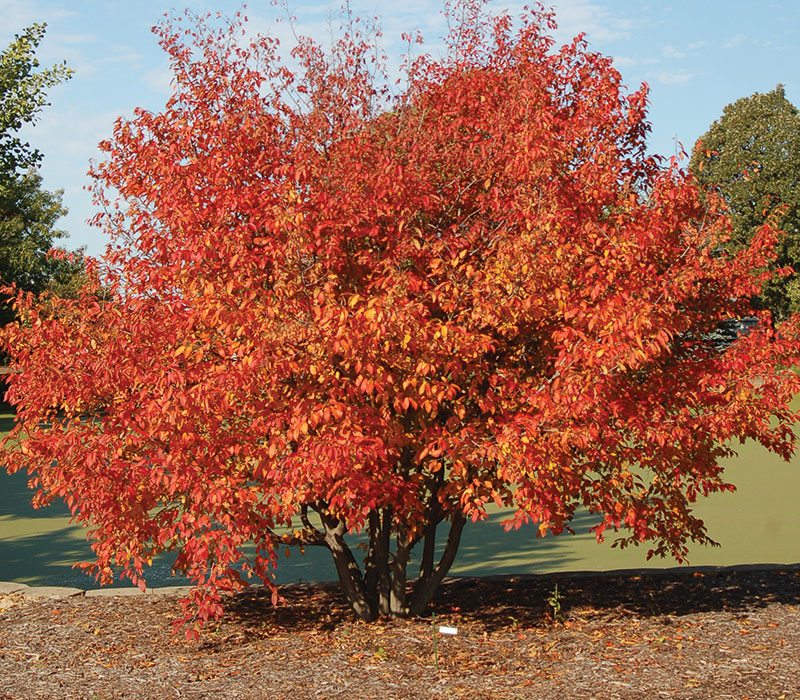 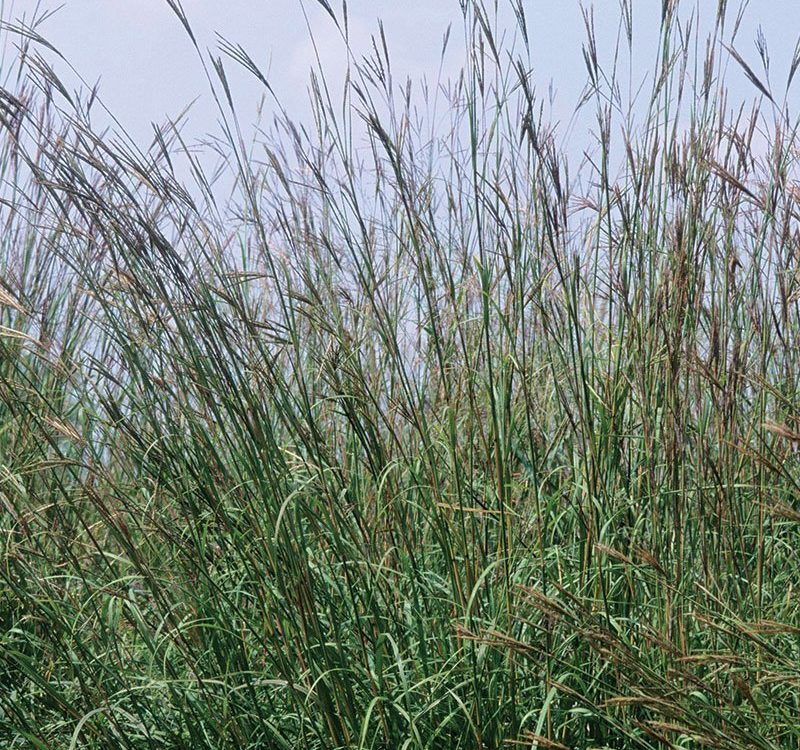