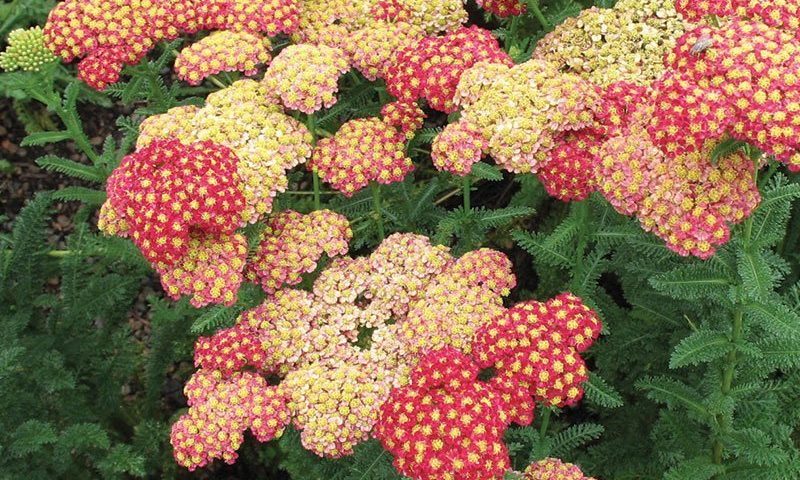 The 1986 edition of the Old Farmer’s Almanac featured the article “How to Find the Perfect Mate”. They listed several superstitious acts to perform if you want your true love to appear, beginning the list with “Pluck a stalk of yarrow and stick it up your nose. If a drop of blood appears, your love is true.” Technically, you could shove anything up your nose and cause bleeding, so I’m not sure about the efficacy of this ritual. However, yarrow has been used for centuries for its healing properties, specifically, the ability to staunch bleeding.

The Latin name for Yarrow, Achillea, has its roots in the Greek hero, Achilles. In Greek mythology, Achilles was the mortal son of the nymph, Thetis. His mother feared losing her son to death, so she dipped him into the river Styx, to drench him in immortality, not knowing that where she held him behind the heels would prove to be his one vulnerability (where we get the anatomical term Achilles Heel). Achilles grew to be a great soldier and hero of the Trojan War, as well as known for his medical skills on the battlefield. He placed the finely textured leaves of yarrow to clot the wounds of his soldiers. Modern medicine has proven that the leaves of Achillea millefolium do contain antibiotic compounds and help stop the flow of blood when placed on a wound. So, if you are pruning roses this summer and get a particularly nasty scratch, pluck a yarrow leaf as a bandage.

But why stop there? Medieval herbalist, Culpepper, went so far as to recommend bathing one’s head with a concoction of yarrow to stop unwanted shedding of hair. He also wrote that brewing a strong tea of the leaves was good for a bout of the piles. Stalks of yarrow are even used in divination, specifically in the ancient Chinese book I Ching aka, the Book of Change. This ancient text is a centuries old guide book to living an ethical life, used by rulers to help determine the proper path, a way of creating order and explaining a chaotic universe.

The common name of Yarrow may be derived from the Celtic word, garw, which means “rough”. Perhaps that described the terrain surrounding the Yarrow River, along the southeastern border of Scotland. Or perhaps it refers to the plant, Yarrow, and its ability to withstand some of the most inhospitable locations. It will thrive, in hot, dry, and rocky soils, even occasionally reseeding in the crevices of sidewalks. Specialty hybrids like Moonshine, Paprika, and Strawberry Seduction are more behaved, and will invite many varieties of butterflies to take a lunch break on their flat-headed clusters of flowers. 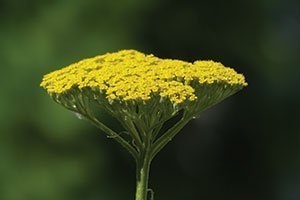 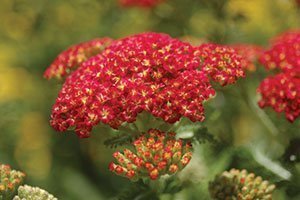